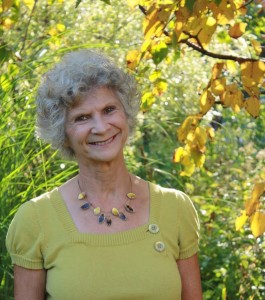 As an active member of la Guilde des Herboristes, the Quebec herbalists’ organization, Francine Dallaire has deeply contributed to the influence of this organization by:

Certified by the Enneagram Resources (ERI) of Chicago, Francine Dallaire published three books on personnal development, the first of which presented a concordance between personality types and medicinal plants adapted to those personalities.

She continues to offer dynamic and interactive seminars through Quebec and New-Brunswick.

Here is the most recent newsletter from the Alberta Herbalist Association. Enjoy! ...

A call to Herbal Elders!

The Canadian Council of Herbalist Associations recognizes and honours Canadian Elders of herbal medicine who have spent at least 25 years in practice, who are currently still in practice or retired/deceased. We honoured their contributions with the announcement at Canada’s first nation wide herbal gathering in 2015 and would like to continue this tradition as more nominees come to our attention.

To read more or nominate an herbal Elder, please visit the link below for more information:

Honouring our Elders The CCHA formally honours our elders including practitioner herbalists across the country who have spent at least 25 years offering outstanding contributions to the field of herbalism. Many of our nation’s herbal elders have offered years of service to community healing and to...
View on Facebook
·Share

Although there has been a recent victory in the US saving Fire Cider from being trademarked, it is still at risk in Canada. Follow the link below to a petition against this trademark: