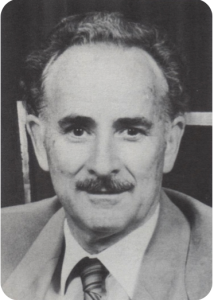 Native of Calgary Alberta, Lance Baxter practiced as a Herbalist and Doctor of Osteopathy and Naturopathy for more than 50 years, starting in 1954. His major practice was in Calgary Alberta, but also practices in Saskatoon, Sask. for more than 25 years. Being a very busy practitioner he operated these two clinics every other week. He had extensive training in herbal medicine, being a member of the British Herbal Union, British Herbal Medicine Association and the London & County Society of Physiologist.

He also practiced as a Naturopathic doctor, and in physical therapies. He was one of the founding members of federal association: Canadian Association of Herbal Practitioner in 1964. He was president of this association for over 25 years.

Lance had a very kind and jovial personality that was loved by everyone that came in contact with him. He had his own form of diagnosis and analysis through touch and voice, due to being completely blind for over 30 years of his professional life.