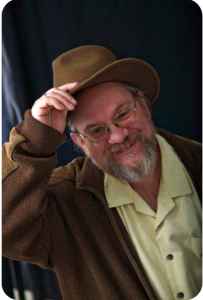 For over forty years, Terry Willard, Cl.H.,Ph.D., has studied the medicinal properties of plants.

After finishing his BSc in Environment Biology, at University of Calgary, in 1974, he moved out into the foothills of the Rocky Mountains and lived in a Tipi, to study the indigenous plants of Alberta. From here he started teaching courses on the Edible and Medicinal properties of the local plants through a continuing education program at U of C. This later expanding into starting the Wild Rose College of Natural healing that still operates until this day.

He is recognized as one of North America’s leading Clinical Herbalists. He appears regularly in the print and electronic media as an exponent of responsible herbal use. He currently serves as the President of Canadian Council of Herbalist Associations and is a professional member of the American Herbalist Guild. He has consulted with many nutritional and natural pharmacy companies in North America and around the world. Quite active in the politics of natural medicine, Terry has been on several Federal committees and organizations since 1985. He has influenced both government and industry points of view and laws over several decades. In 1998, Terry Willard was inducted into the Canadian Health Food Association’s Hall of Fame.

Dr. Willard is the author of twelve books on the subject of Herbs including the pivotal Wild Rose Herbal Series – a series of three textbooks written to educate herbalists. Two of his books, Reishi: Herb of Spiritual Potency and Medical Wonder and Dr. Willard Encyclopedia of Herbal Uses, have been particularly popular with the general public. His newest book is: Flower Essence: Emotional Alchemy and Spiritual Evolution.

Terry Willard still has product lines in Canada, USA and Japan, where he works as a consultant on future products and directions.

An active practitioner and teacher, Terry retired from his clinic practice in Calgary, Alberta in June of 2014. He is still a director of the Wild Rose College of Natural Healing, which serves classroom, on-line and correspondence students around the world.