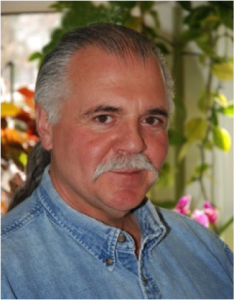 Blaine Andrusek grew up in north central Saskatchewan where he spent a good deal of time in his beloved Boreal forest.  By the age of 14,  Blaine was regularly hunting and trapping and had a keen interest in native traditions and all that the forest had to offer.  At 18, Blaine ran off with a few provisions and adequate gear to survive minus 27 and five feet of snow, and ended up spending nearly four months living mostly off the land.  Although he didn’t understand the concept of ‘totems’ at that time, Blaine had many experiences with Owl, who told him that his mission, this time, was to never stop learning, and to teach.

When Blaine returned to Calgary a few years later, he met Terry Willard, who had just started his practice, and founded the Wild Rose College of Natural Healing.  Blaine was one of the earliest graduates of the Master Herbalist program, and by the Spring of 1981 began teaching.  Although mostly a hobby interest at first, ten years later, Blaine gave up other interests in favour of becoming a full time teacher, public speaker and practitioner.  A focus on essential oils captured his interest, and Blaine was soon formulating and supplying fellow herbalists, aestheticians and massage therapists from coast to coast, and speaking to eight to ten audiences a week.  From childrens’ summer camps to Elder Hostel, numerous massage schools, television work, and eventually keynoting national and international conferences, Blaine has had an extremely diverse and rewarding career.  He continues his practice in Calgary.