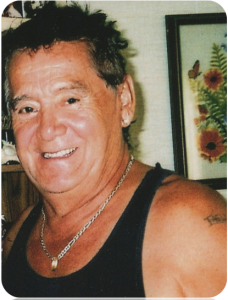 Leo Tanghe started his training in the medicine ways at the age of nine. Leo was taken away from his family at the age of six, and placed in Gruard Residential School, Slave Lake, where his Grandfather, Pat Courtourille rescued him a year and a half later.

Leo is the great grandson of Colin Fraser, brother of the explorer, Simon Fraser, through his Grandmother Rachel Coutourielle, who married Pat Courtourielle, a Scout for the Hudson Bay Trading post of Edmonton Alberta.

During the early years of his training Leo was a “picker,” picking medicines for his teachers as he learned the differences in the plants and their healing properties. As he showed promise he went onto the next step in his training of learning to “cook,” or process the plant material into medicine.

After 8 years of extensive training under nine teachers, Leo began to work with patients under the scrutiny of one of the teachers. At 21, Leo began mixing medicines and challenging the illness facing him with a patient.

The last of his mentors, Uncle Silas Whitford, passed away when Leo was 54 years old.

Leo Tanghe’ reputation as a Medicine Man has grown over the course of many years as he travels all over the North to help people. He continues to honour his teachers by naming his salves and tonic, “9 Eagle Feathers Herbal Salves.”